A social media-driven campaign to bring the topic of information verification to average users in an easy-to-understand way.

March for Science Foundation aims to raise awareness of the value of science as the universal tool, showing the truth despite the contradictory messaging and information. It also supports the wider civil society and policymakers in providing foundations for freedom, justice and humanity.

The aim of this Local Action project supported by TechSoup Europe, is to equip the social media users with basic tools of critical thinking, verification of information, operation of disinformation and fight against it in, all in an accessible way, using humor and neat, comic book style narratives. The graphics themselves were designed to serve as a useful tool during online disputes. The initiative is aimed at people in the 15-35 age range, frequent social media users. However, the formula does not exclude people from outside this range.

The main target group are people residing in the Mazovia region, with a particular focus on the capital city of Warsaw. The activists involved in the activities of the Foundation include scientists, science "geeks", as well as newbies to the field. The project was further developed after TechSoup Europe's training: "Organizations and disinformation. How to recognize it, how to counteract it?".

As a result, earlier this spring, a series of six comic graphics have been created and published on Facebook pages of the foundation. Some of the visuals are related to cherry-picking information and are designed to expose various conspiracy theories about vaccines, such as the claim that COVID-19 is like regular flu and the number of deaths caused by it is insignificant.

The online outreach of this campaign was significantly amplified by creating a dedicated fan page: "A dowodzik jest?" ("Your ID, please?"), as well as by making the infographics available through the profile of the Foundation March for Science, Small Psychology Portal, and other accompanying events.

Take a look at these stories. The first one has already reached 41,000 people and has been shared, and re-shared 550 times! Great job, isn't it? 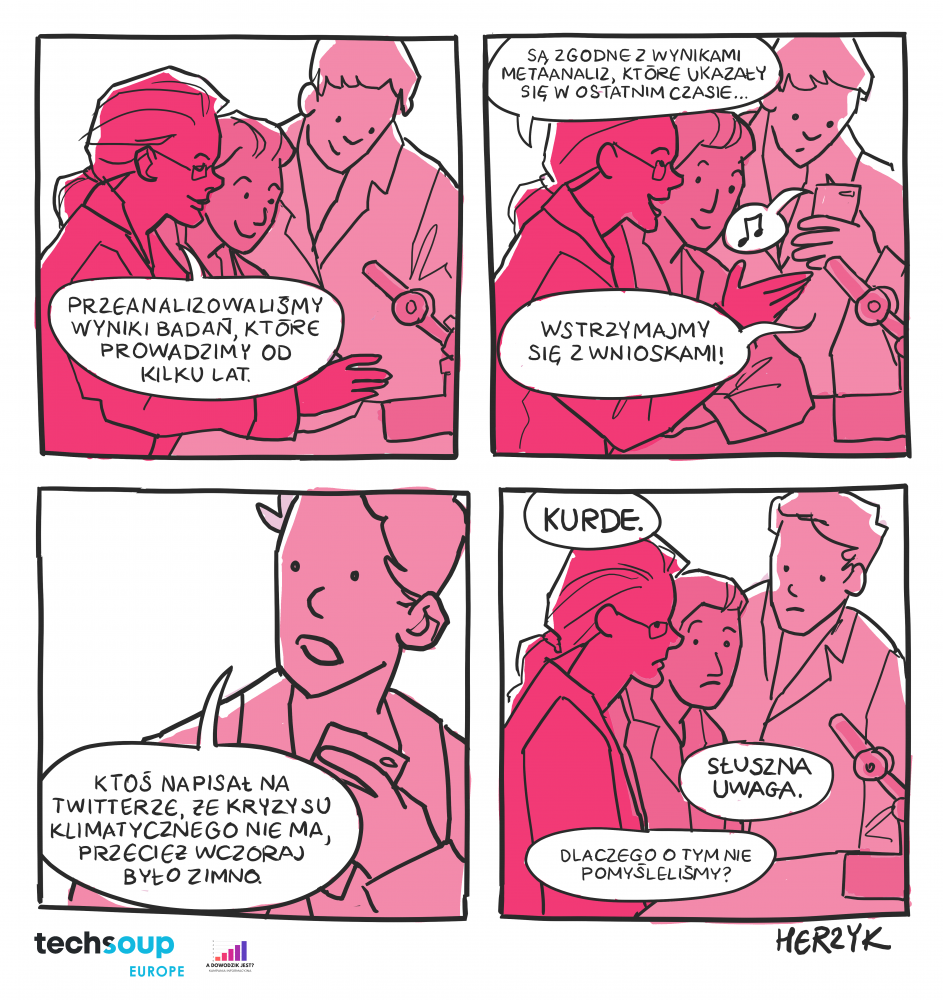 The other posts have been regularly published on Tuesdays and have reached 387,156 and 91 people, respectively. 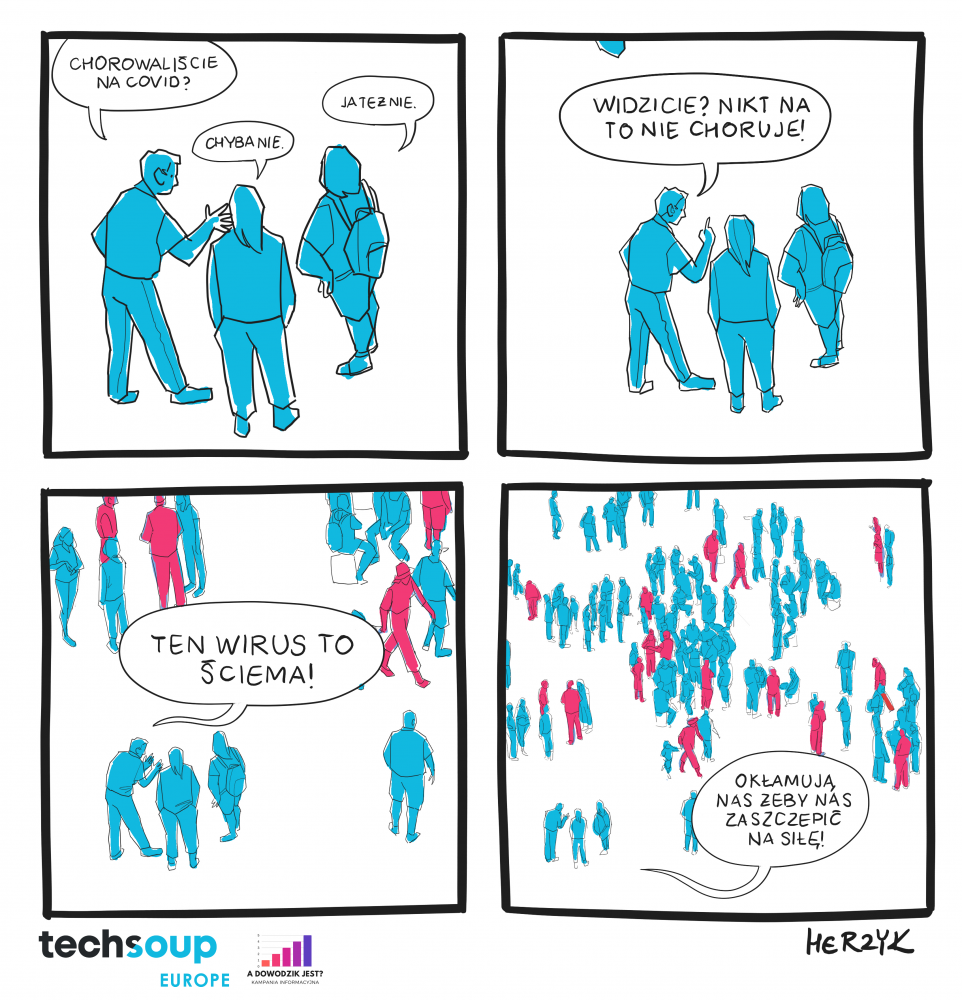 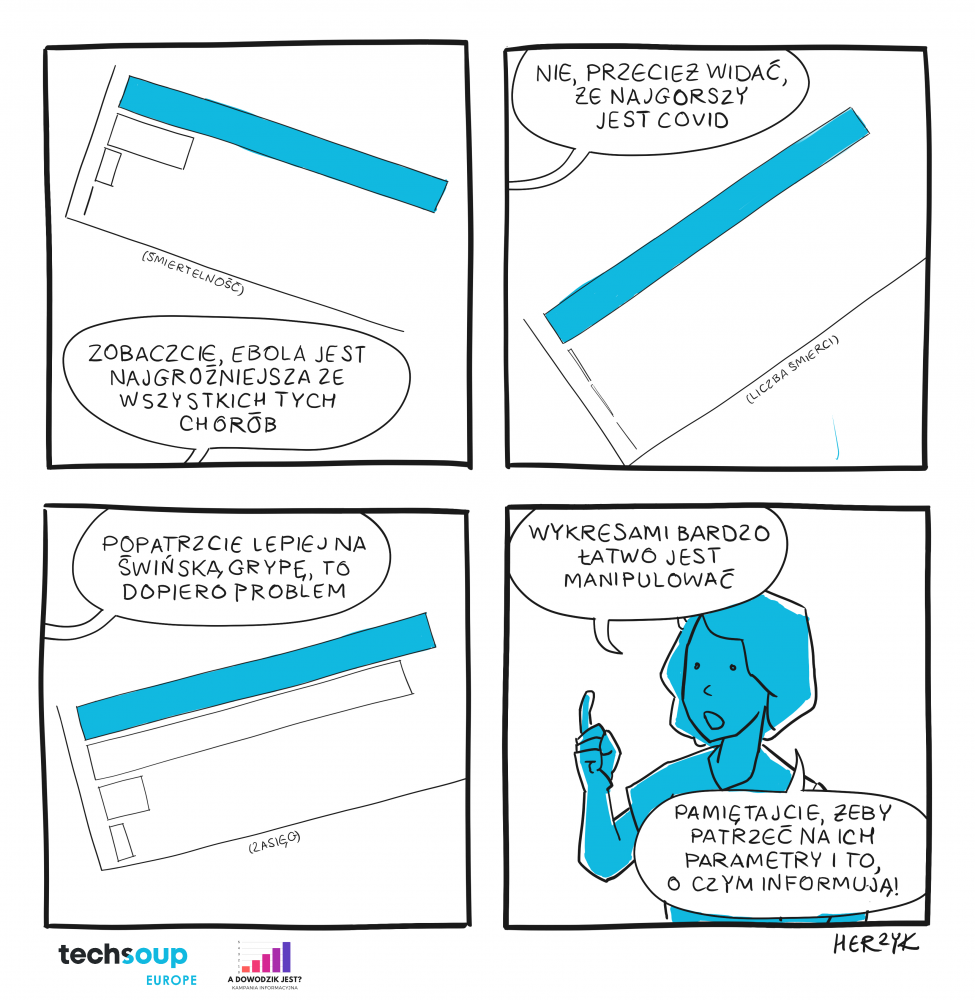 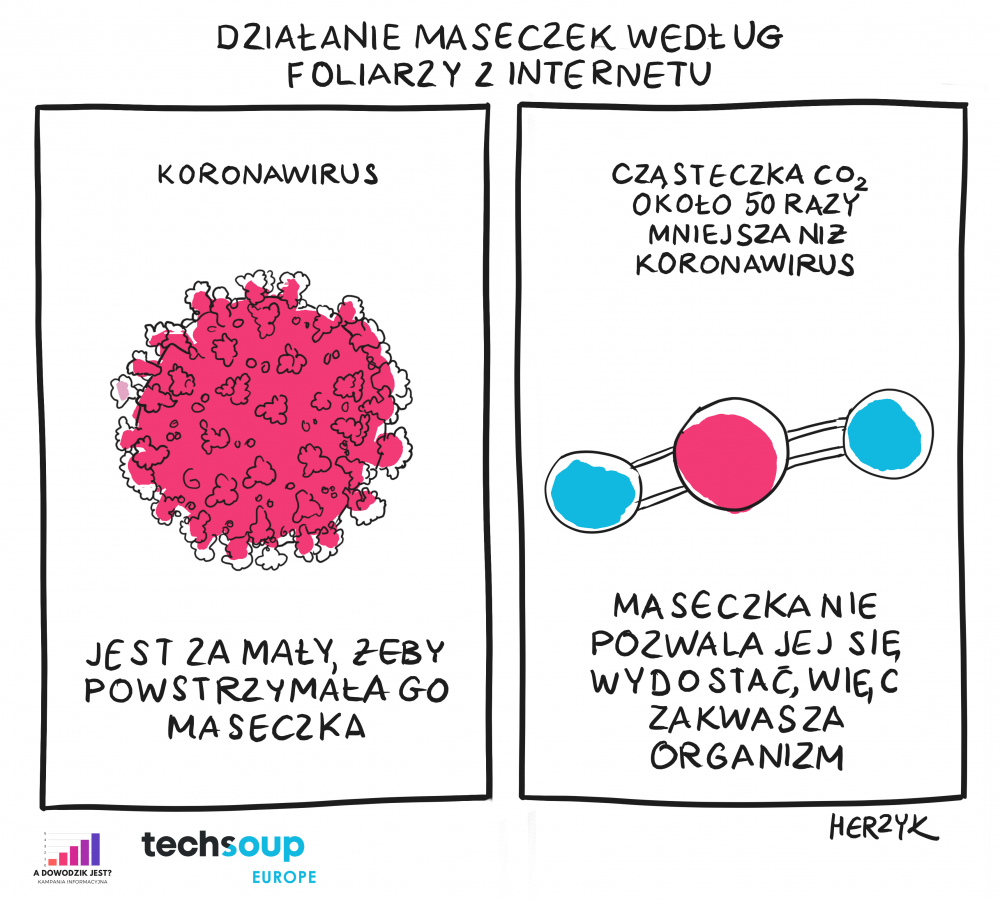