Technology and the Emergence of the New Power

Blog Technology and the Emergence o...

In campaigning, the problems to solve are rooted in the power balance: who's got it and who hasn’t; who makes the decisions and who is affected by them.

The one who has the power, the necessary influence and the resources, makes things happen. New technologies redistribute the power, and create "the New Power" that is accessible for everyone.

The Old Power used to be a dominant type of power before the 21st century. Kings, government, top management of big corporations, the army, and even some academic institutions could be examples of the Old Power. The powerful wanted to maintain their power by all means, excluding from their circle the ones that didn’t have it. The more power they had, the more they could control the world around them.

To this view, the Old Power:

The Old Power is closed for unprivileged people and doesn’t give them opportunity to initiate the change.

The Role of Technology in the Rise of the New Power

For decades, campaigning used to be the domain of the civil society organizations with staff and resources to research, plan and deliver campaigns to influence key decision-makers. The possibility of action was in hands of few.

Now, everyone has access to tools to communicate, organize and raise money. So, people are no longer waiting for institutions to initiate and drive change. Technology has allowed new forms of collaboration for those working to create change.

It can be used to:

In the social view of power, people have the capacity to change society. Without the people there would be no power. But very often people aren't aware of their true power. The technologies that became widely spread in the 21st century have made the shift in power and allowed a New Power to emerge.

An example of the New Power is the #MeToo movement. Millions of women posted online personal stories about sexual harassment and made this issue visible.

?? To learn more about the issue of power and how to use technology in order to make changes in the system, register for our free self-paced course “Digital Campaigning Basics”:

➡️ And here's a downloadable infographic summarising our article: 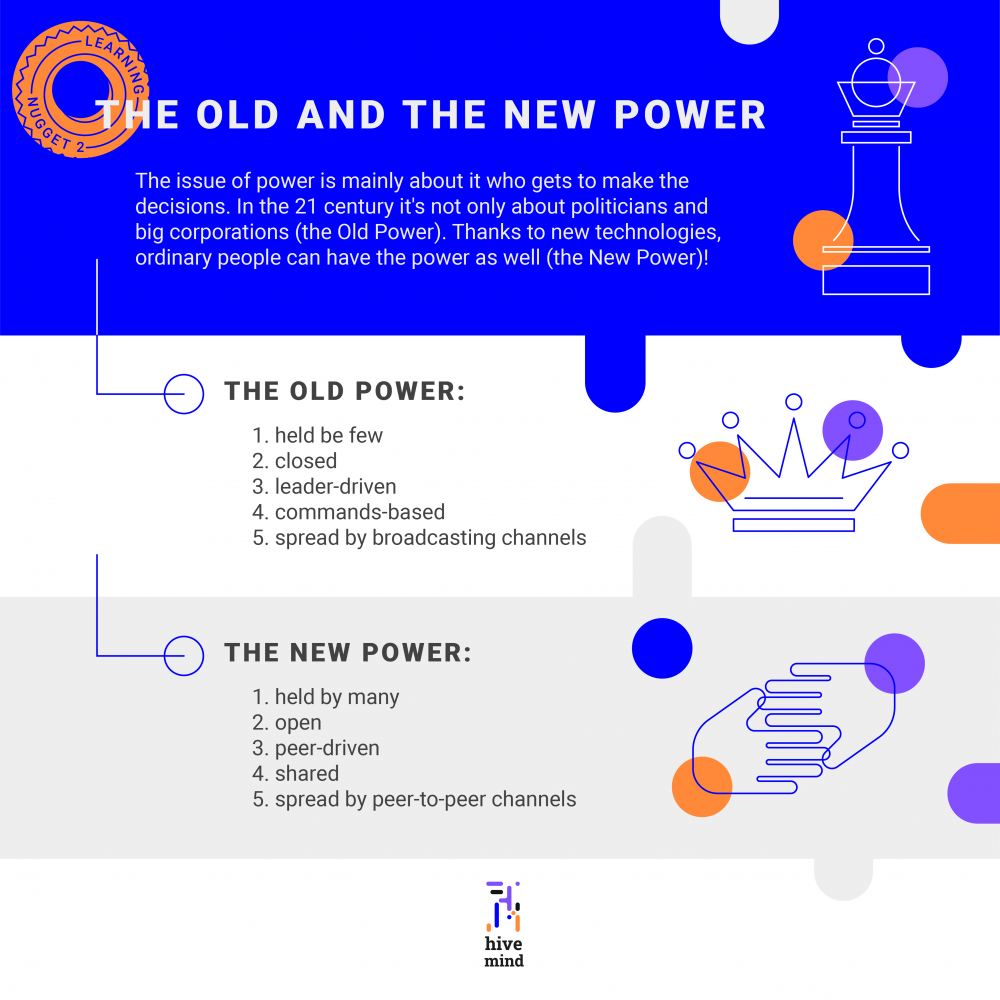