Cheapfake as a dangerous propaganda tool: the case of a refugee from Kosovo

Blog Cheapfake as a dangerous propa...

The case discussed in the article clearly shows that manipulating pictures has become an intentional propaganda tool, aiming to distort the truth. Any such cheapfakes are dangerous because they disfigure the reality, making people to believe something far from true.

Interfering with photos by providing false context or conveying false information is one of the most common forms of cheapfakes nowadays. A slight manipulation is enough and the message behind the picture can turn into something completely opposite. Many such cases have existed since the discovery of photography, and with both time, and the development of technological possibilities, have only become more frequent and sophisticated.

Previous experiences teach us that the motives for such manipulations differ, ranging from the most harmless ones, such as pure entertainment to the elaborate reasons focusing on harming the other e.g., guided by the political motives. These are often accompanied by the financial benefits as an incentive to make manipulations. 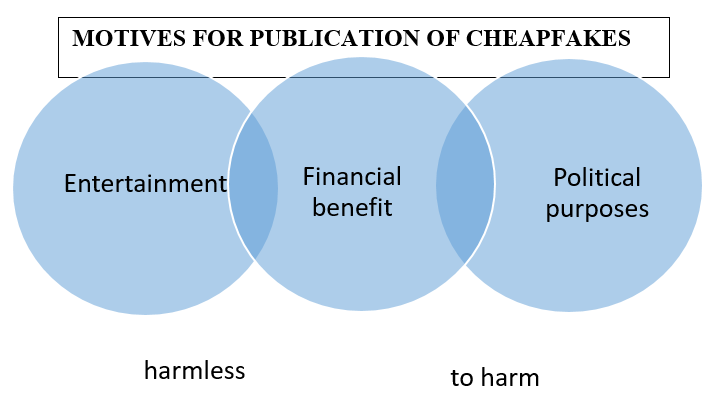 One fine example of case of propaganda for political purposes is the manipulation shown in the picture below. This is a cheapfake because the author has manipulated it by distorting the truth. The photo on the right was published by Reuters in 1999 and shows the Albanian woman and 2,000 other refugees seeking to enter North Macedonia at the Bllaca border crossing. This photo is even considered one of the most powerful that Reuters photographers have ever shot during the conflict. Meanwhile, after more than two decades, the same photo of Sherife Luta is being republished online but also manipulated, in order to spread propaganda, as the same woman poses as a Serbian victim of the NATO bombing.

As you can see, the photo on the left is pure manipulation and was posted on Twitter by the Russian Embassy in South Africa, a fertile ground where such propaganda may be more successful given the lack of detailed information prevailing in that country about the war and its atrocities, in Kosovo. According to the infamous Nazi propagandist, Joseph Goebbels propaganda becomes ineffective the moment we become aware of it. Therefore, Russian diplomacy in this case disseminates propaganda in a part of the world, where the expectation of its effectiveness is higher. To dismantle the manipulation, a basic photo verification is enough, using Google to search for the same photo and checking if it has been published on the Internet before, with the "search Google for image" option.

The same photo has been manipulated before and appeared on a television broadcast of the Russian state news agency, RIA Novosti, in August 2014. There, Sherife Luta poses as a Serbian mother, a victim of NATO bombing, as in the photo the other refugees have photoshopped and erase, and instead, a dilapidated building has been added in the background. This shows that manipulating pictures, as in this case, is an intentional propaganda trying to distort the truth. Such cheapfakes are dangerous because they deviate from reality and try to persuade people to believe something that is not true. 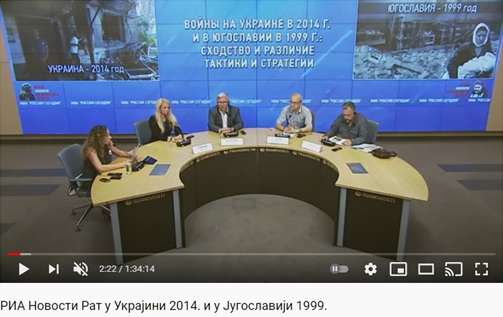 This above-mentioned example of a cheapfake clearly shows how dangerous propaganda tools can be. Such manipulations can create narratives based on falsehoods, so our societies should be aware of such forms, which may also come from the official, government sources, as was the case with the Reuters photo, manipulated in detail and also published on official profiles of the Russian diplomacy on Twitter.

If you want to learn more and put your media literacy skills on another level, watch our "Cheapfakes in the CEE Region" webinar or try these 3 online games. Also, make sure to follow us on social media and register for regular updates and exclusive content.